How to File an Effective Bid Protest 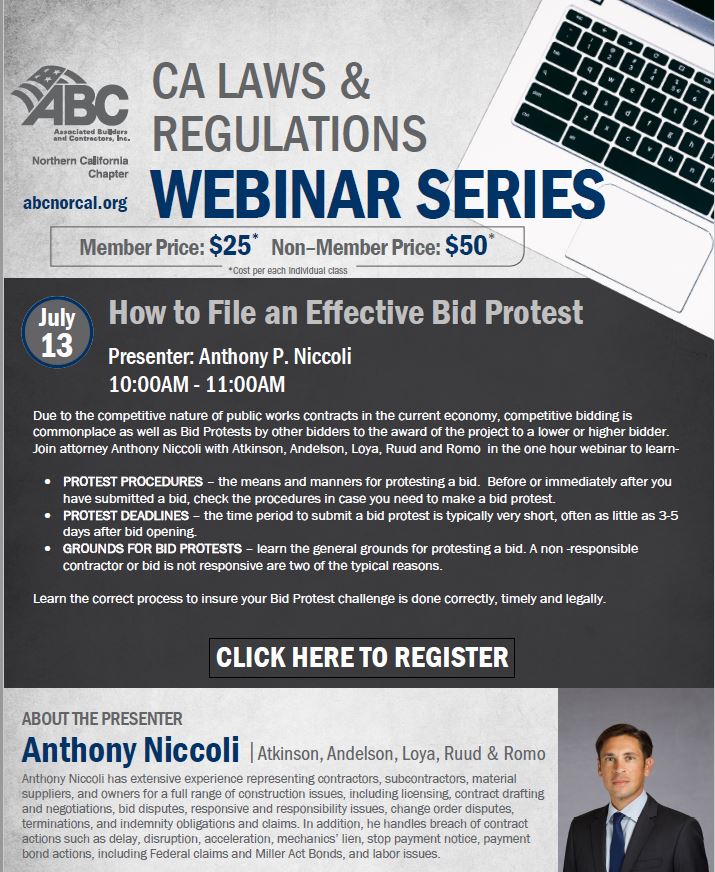 Due to the competitive nature of public works contracts in the current economy, competitive bidding is
commonplace as well as Bid Protests by other bidders to the award of the project to a lower or higher bidder.
Join attorney Anthony Niccoli with Atkinson, Andelson, Loya, Ruud and Romo in the one hour webinar to learn-

• PROTEST PROCEDURES – the means and manners for protesting a bid. Before or immediately after you have submitted a bid, check the procedures in case you need to make a bid protest.
• PROTEST DEADLINES – the time period to submit a bid protest is typically very short, often as little as 3-5 days after bid opening.
• GROUNDS FOR BID PROTESTS – learn the general grounds for protesting a bid. A non -responsible contractor or bid is not responsive are two of the typical reasons.

Learn the correct process to insure your Bid Protest challenge is done correctly, timely and legally.