And the Excellence in Construction Awards Finalists are…

ABC NorCal’s Excellence in Construction (EIC) Awards are a bit like the film industry’s Oscars, the Internet’s Webbys and the music industry’s Grammys. They honor the skill and creativity of the entire team (including the contractors, architect and developer) responsible for a construction project that raises the bar when it comes to design, innovation and safety. They recognize the best of the best. And those that win at the local level, go on to compete for top honors nationally. 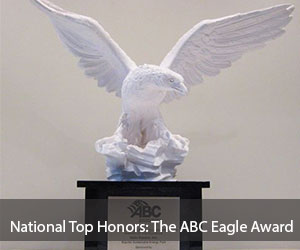 It has been a couple of years since we have had local EIC Awards and the response from our members was impressive.

“Our members are leaders in our industry and the quality and diversity of their submissions shows their tremendous skill,” said Michele Daugherty, ABC NorCal President & CEO.

ABC NorCal EIC winners will be announced at the Champions of the Merit Shop Banquet in January, with the winners moving on to the national level (announced in March 2016).

Here are the finalists, the categories they submitted in and their projects: